Juan Ignacio Vidarte: “Being in a constant process of reinvention is good for facing the challenges of the future”

Juan Ignacio Vidarte: “Being in a constant process of reinvention is good for facing the challenges of the future”

We speak with the head of Guggenheim Museum Bilbao on the institution’s twenty-fifth anniversary. A success story that has brought art’s transformational value to the forefront and has placed the Basque Country in the first division in terms of the great cultural attractions of the planet.

Not even the most extreme piece by Raoul Hausmann, a Dadaist artist and the inventor of photomontage, would have been able to achieve a more chimerical panorama: a spectacular titanium structure on a plot crossed by the La Salve Bridge of Bilbao and guarded by a dog made of natural flowers. One hundred years ago, Hausmann coined the concept of visual anarchy (Visuelle Anarchie), and that is the category that the curved and unreal volumes of this building, which spans 24,000 square meters, could occupy. Nevertheless, this visual anarchy is nothing more than an illusion, a trompe l’oeil that, in reality, represents an architectural milestone and a story of urban reconversion that is unlike any other in the world.

That milestone is the Guggenheim Museum Bilbao and, in October of 2022, it will turn 25 years old. It is impossible to ignore an anniversary that symbolizes the umpteenth resurrection of Bilbao. It also represents the breaking down of the boundaries between the highest cultural level and the general public. The pillars that support this miracle, which has been imitated time and time again, are work, work, and work. And at the forefront of this titanic task is Juan Ignacio Vidarte (Bilbao, 1956), Director General at Guggenheim Museum Bilbao. He holds a degree in Economics and Business Sciences from the University of Deusto and has been linked to the institution for a long time, since its inception. “My relationship with the museum goes back beyond its 25 years, as I was present in the first conversations about the project. I look back upon this time with the satisfaction of being able to see how an idea on paper has been transformed into a reality that has gradually fulfilled its objectives,” he explains to BASQUE LUXURY.

It is incredible to think that a few old plots of land abandoned by factories and the port today host one of the most famous branches of the prestigious Solomon R. Guggenheim Foundation, surely the greatest leader in contemporary art as far as museums are concerned. “The museum in Bilbao is a cultural institution that is deeply rooted in its context. Besides being a cultural leader, I think it is –in a way– an icon of the Basque Country in the world,” Vidarte points out.

The process to bring the great idea to life began in February of 1991, when the heads of the Basque Government contacted the people in charge at the Solomon R. Guggenheim Foundation to propose their participation in the revitalization plan for Bilbao and the Basque Country in general. The proposal was very well received by the board of trustees, as a structure with several locations around the world had already been approved. After months of arduous negotiations, in December of that same year, the Basque Government, the Regional Government of Biscay, and the Solomon R. Guggenheim Foundation signed the Development and Programming Services Agreement for the Guggenheim Museum Bilbao.

Juan Ignacio Vidarte experienced the whole process in the first person. The then Director General of Tax and Financial Policy for the Regional Government of Biscay was appointed, in 1992, Director of the Guggenheim Bilbao Project Consortium, responsible for the construction and installation of the museum. “I always say that this project was the catalyst for a process. It was not the only part; not even probably the most important part, but it did drive a much broader and much more comprehensive transformation process on a social, urban, and economic level.” Is this a model that can be extrapolated to other cities? “Well, I don’t know, since it is essential for these types of projects to be part of a more broad, coherent plan, as has been the case in Bilbao,” he notes. 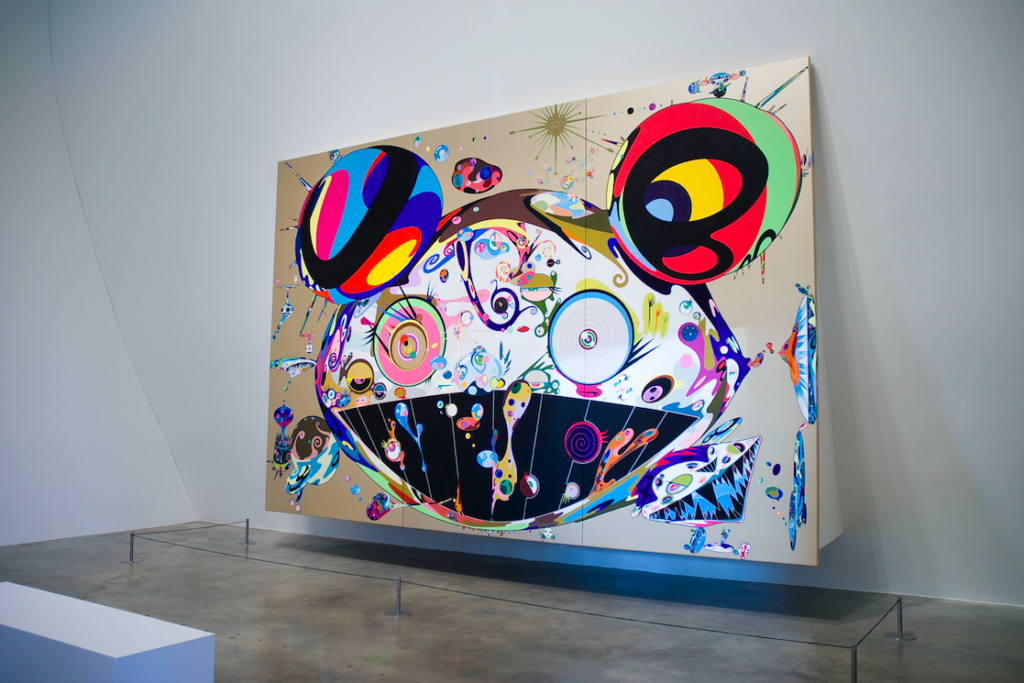 Our interlocutor is referring, without a doubt, to the Guggenheim Effect: a term that the media brought to life in order to put into context a macro-project that was able to turn a decaying ecosystem into an urban, economic, cultural, social, and touristic masterpiece. “There are many lessons that can be drawn from the history of the Guggenheim Museum Bilbao. The first is the role that culture can have as a driver for transformation; that is, the idea that culture is not simply something that is there almost as a luxury, as something that arrives at the time when everything else is taken care of. We must also take into account the importance of architecture, which is sometimes neglected, but which can play a very relevant role in making these processes successful,” he explains.

We insisted and asked the creator of this marvelous phenomenon to continue revealing his magician’s tricks; however, we soon discovered that there were no tricks – only a great deal of effort. What other lessons has the Guggenheim Effect given us? “Without a doubt, it is always necessary to develop a conceptual/operational model so that the institution that is being created can be sustainable, ensuring the necessary alliances to guarantee the quality of its contents. Something else? A project like this must have clear objectives before being undertaken, and it must have sufficient levels of public and private support to guarantee that it is seen through,” he adds.

The Difference that the Experience Makes

Vidarte’s management at the helm of the institution cannot be doubted. His drive for working has led him to combine his position with that of Director General for Global Strategy at the Solomon R. Guggenheim Foundation. Therefore, few professionals of his stature have such a broad vision as his. “I think that, from the beginning, the Guggenheim of Bilbao was already foreshadowing something that later turned out to be very relevant, which is the importance of the experience that a museum offers. From the museum’s very start, it was considered that the contents were just as important as the way in which they were reflected in certain spaces,” he says.

At this point, how can we not talk about the titanium building that shelters this experience? The work of the Canadian-American architect Frank Gehry, the structure represents a magnificent example of the most avant-garde architecture of the twentieth century. Gehry’s design creates a spectacular, sculptural structure that is perfectly integrated into the urban fabric of Bilbao and its surroundings. Without a doubt, a unique context to celebrate the twenty-fifth anniversary of the institution: “For this year, we have designed quite a varied program that coincides with the return to normalcy as we knew it prior to the pandemic. On the one hand, we have the exhibition Motion, which will explore the automobile as an element of mobility but also as an icon of art and design. On the other hand, we will offer a selection of pieces ranging from Fauvism to Surrealism which come from the collections of the City of Paris Museum of Modern Art. Later, the main players will be the drawings of George Seurat and the creations of Richard Serra. At the end of the year, coinciding with the anniversary, we will present pieces from the permanent collection of the Guggenheim Museum Bilbao – a nod to the museum’s inaugural exhibition in 1997.”

The Museum of Tomorrow

Under the watchful eye of Vidarte, the museum in Bilbao has received numerous prizes and awards since its opening in 1997 – including the Spanish Gold Medal of Merit in the Fine Arts in 1999, the 2000 European Museum of the Year distinction from the European Museum Forum, Silver Q Certification in accordance with the EFQM excellence model for management in 2004, the 2005 Tourism Merit Plaque, and the 2007 Universal Basque Award. Regarding the future, we asked the director how he would like his management to be remembered. “Museum directors should be footnotes. In my case, I suppose it will be noted that I was the first director of this institution. I’ve been the captain of the ship on this first voyage, but nothing more. What I really aspire to is for the museum to maintain its relevance,” says our protagonist.

Its most immediate challenge is getting the digital transformation process right. “In the end, institutions have to be hybrid: they will always have a fundamental dimension, which is their physical aspect and physical presence, but that has to be complemented with a strong digital identity. In addition, if this pandemic has taught us anything, it has taught us how things can change overnight. Therefore, it is very difficult to predict the future, but this museum has a certain sense of anticipation and resilience built into its DNA. Being in a constant process of reinvention is good for facing the challenges of the future,” he says.

The Basque Country on the Radar

Experience shows us that it is quite important to think globally, but without forgetting that culture is a mosaic made up of millions of local expressions. No one is unaware of the fact that the museum that Vidarte runs has its roots in a very special place. “In the Basque Country there is a long-standing tradition of creators and artists of a great level that, I believe, is not proportional to our size. It is surprising that we have such a great number of people who are at the highest level of international projection,” he confesses. Is that one of the reasons driving the expansion of the Guggenheim at Urdaibai? “That project is part of the museum’s vision for the future, and that vision has been approved by the board of trustees; however, its launch is pending, as a formula for financing must be found. We have a model that generates enough resources to ensure the annual operation of the Bilbao programming, but we do not generate enough to be able to undertake investments of this scale. We are a bit in waiting: enthusiastic, but still uncertain,” he clarifies.

We said goodbye to Vidarte thinking of Raoul Hausmann and his photomontages. If thirty years ago it seemed like science fiction for us to think that Bilbao would provide a home to such a unique institution on Avenida Abandoibarra, we don’t want to imagine what other surprises the next decades will bring. Thirty years ago, we also could not foresee that in 2025 there would be a Guggenheim Abu Dhabi, or that a pandemic could paralyze the world as if it were at war. Hausmann did not know that the twenty-first century would be more Dadaist than Dadaism itself.

Steve Varsano, Founder of The Jet Business: “Private aviation is going into the eVTOL, also called ‘flying cars’ or ‘passenger carrying drones.’ They will be cheaper and more efficient.”

An exclusive interview with Maximilian Riedel, CEO and President of Riedel

Interview with Frédéric Beigbeder, l’enfant terrible of France, in his new home: the French Basque Country